Receptum was chosen as an IT software developer to build a next-generation pharmacy system for the approximately 900 pharmacies in Norway. The main responsibility of the pharmacy system project belongs to the international operator Capgemini. The total value of the project is approximately 430 million Norwegian krone (approx. 45 million euros).

“Receptum has a central role in software development for the new Norwegian pharmacy system. We are responsible for designing and implementing the functionalities of the pharmacy system and the interfaces related to administrative cooperation. Our solid pharmacy-related expertise acquired in Finland and Sweden enables us to launch the first new software services for Norwegian pharmacies in the fall of 2019. The new pharmacy system will become operational at the turn of the year 2020/2021”, says Receptum’s CEO Juha Antila.

The interfaces related to administrative connections enable the processing of electronic prescriptions and medicine expenses refunds, as well as automatic checks for counterfeit medicine. Receptum’s skills convinced DIFA, a subsidiary of the Norwegian Pharmacy Association, in these areas during the tendering process, which lasted nearly a year. In Finland, Receptum has engaged in close cooperation with Kela for years in interfaces related to administrative connections.

The pharmacy system to be implemented in Norway consists of a cloud-based solution, which uses the latest technical solutions, such as DELL EMC’s Pivotel Cloud Foundry platform.

“We are glad of the opportunity of building an advanced pharmacy system for Norway together with Capgemini. We can provide our experiences and lessons learned from the Norwegian project to Finnish and Swedish pharmacies and develop our MAXX pharmacy system further to make it even better, easier to use, and more cost-effective”, Antila says.

Receptum is a trailblazer in the digitalization of pharmacies in Finland and a market leader in Sweden among independent pharmacies. Receptum’s MAXX pharmacy system is used by more than 480 Finnish pharmacies, which is well above half of the total number of pharmacies in Finland. The rapidly growing Receptum became a market leader in Finland a year ago. Receptum has recently published new products that promote the digitalization of pharmacies, including a self-service checkout, mobile prescriptions, prescription desk, and a check-in terminal that recognizes the customer.

More on this topic 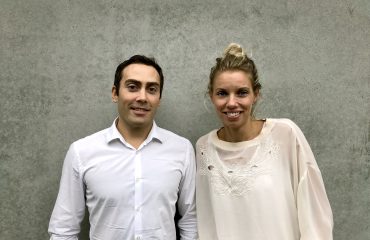 Building a functional online pharmacy from scratch in eight months is an astounding feat. From the beginning, the Swedish online pharmacy MEDS invested in an efficient process and a good customer experience. Receptum provided MEDS the information systems required by an online pharmacy. 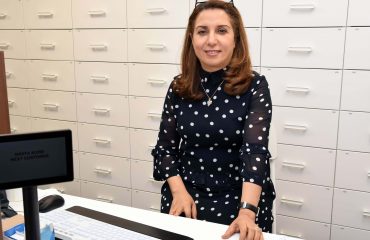 Anaam Hussain dreamed of opening a pharmacy of her own with the focus on good customer service. Two years ago, Receptum helped her to make the dream come true. Now she has already opened her second pharmacy in Malmö, Sweden. MAXX has contributed to her success by helping to streamline the work at the pharmacy. 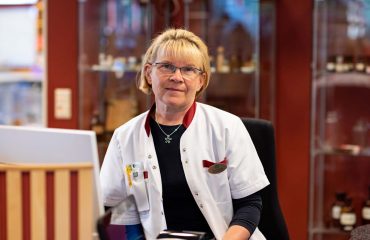 Proprietary pharmacist Ingrid Qvarnström runs two pharmacies in Åland, Finland: Första apoteket in Mariehamn and the Kumlinge branch pharmacy in the archipelago. The new pharmacy system and equipment were installed in just a few days, despite the three-hour distance between the two. Good planning was the key.